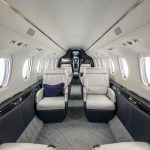 To stand out from the other aircraft in its super-midsize class, Cessna boast to have created the quietest cabin possible. Look at the data below, this private jet is the quietest, most silent ever! Citation Longitude: 67 decibels Gulfstream G280: 69 decibels Embraer’s Legacy 500: 70 decibels Bombardier’s Challenger 350: 72 decibels Commercial passenger jet: … END_OF_DOCUMENT_TOKEN_TO_BE_REPLACED 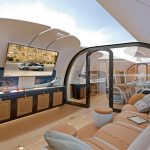 Hardly any orders from airlines Airlines order Airbus A320 Neo and A321 Neo, leaving the A319 Neo aside. It’s increasingly becoming a government, business and private jet. Airbus A319 Neo: where lies the future of the model? Swissair was the first airline in the world to adopt an A319 in 1996. Since then, Airbus has sold a staggering 1,478 units of the classic-model … END_OF_DOCUMENT_TOKEN_TO_BE_REPLACED 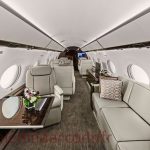 Time is money and companies invest to save it even on business trips. In a global economy where the time factor has taken on the greatest importance, the private jet has become an indispensable work tool. Goodbye to queues at check-ins and wait times for security checks. With a private jet the time from arrival at the terminal to boarding is only fifteen minutes. Beyond the … END_OF_DOCUMENT_TOKEN_TO_BE_REPLACED 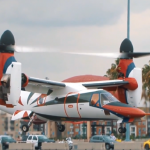 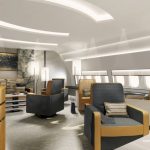 [smartslider3 slider=3] Bedroom with double bed, bathroom with separate shower and large living room: this description does not only apply to five-star hotels, but also to this private jet by Boeing. The BBJ 777X is based on the new Boeing 777X airliner. Like the commercial version, the BBJ 777X will be available in variants 777-8 and 777-9. The Boeing 777-8 has a list … END_OF_DOCUMENT_TOKEN_TO_BE_REPLACED