Gulfstream G700: After 14,000 hours of indoor tests, five experimental units, and cumulative efforts of nearly 13 thousand employees around the world, the Gulfstream Aerospace Corporation unveiled its new flagship private jet, 2020 Gulfstream G700. This private jet will be sold in 2022. It can carry up to 19 passengers, at a maximum speed of 1142 km/h, with a range of 13,890 km. It’s got 5 cabin areas, a dining table for 6 people. It offers the most spacious cabin in the industry, beating its competitor Bombardier 750, with a bathroom, a spa, bed convertible seats, the largest windows in its categories, and a conference room. It’s equipped with 2 Rolls-Royce powerful engines. Qatar airlines has already ordered ten Gulfstream G700.

Falcon 8X: the 2019 Falcon 8X is advertised as a flagship aircraft from the French manufacturer Dassault Aviation, that is based on the 7X model, with a reworked wing architecture, a 3.5-feet longer cabin, 500-pounds higher payload capacity, and more efficient engines. This aircraft boast V-reshaped wings which allow it to be 600 pounds lighter than its predecessor Falcon 7X. It can carry 12 to 16 passengers at a cruise and speed of 850 km/h, with a range of 11,950 km.

Bombardier Global Line 5500/6500/7500: businessaircraft.bombardier.com/en Canada’s Bombardier is launching the longer-range variants of the aircraft in their Global line, namely 5500, 6500 and 7500 models. The jets are expected to have 13% better fuel burn resulting in range of 5,700, 6,600 and 7,700 nautical miles respectively. These private jets received new interiors, modified wings and new Rolls-Royce engines

Cessna Citation Sovereign+: Being a member of the Citation family, the Cessna Sovereign shares all of the advantages with the sibling aircraft like the ease of operation, low maintenance costs and unmatched dispatch reliability. This jet has a capacity of 12 passengers, a range of 5925 km, at a speed of 852 km/h. This midsized business jet offers a spacious cabin, with fully reclaimable seats, a lavatory, a special galley. It boasts the shortst takeoff distance in its category, with 3,530 feet, or 1075 m. It sports 2 Pratt & Whitney engines with 5852 pounds of thrust and 6000 hours of operation between overhauls. Its price is quite competitive, at $19 million.

Airbus ACJ320neo: Since Boeing is in a big trouble with their new generation MAX aircraft, the Airbus 320neo family will inevitably become a single option best-seller on the market. Their ACJ line benefits from the widest and tallest in the class cabin and two of the industry’s latest-generation engines. It offers at 41,100 feet service ceiling, can carry 25 passengers for 11,112 km, or 6000 nautical miles. It boasts a fuel efficiency bettered by 13%. Each unit of the cabin is fully customizable, with a home cinema, a conference dining area, ah lounge, and a separate crew area. 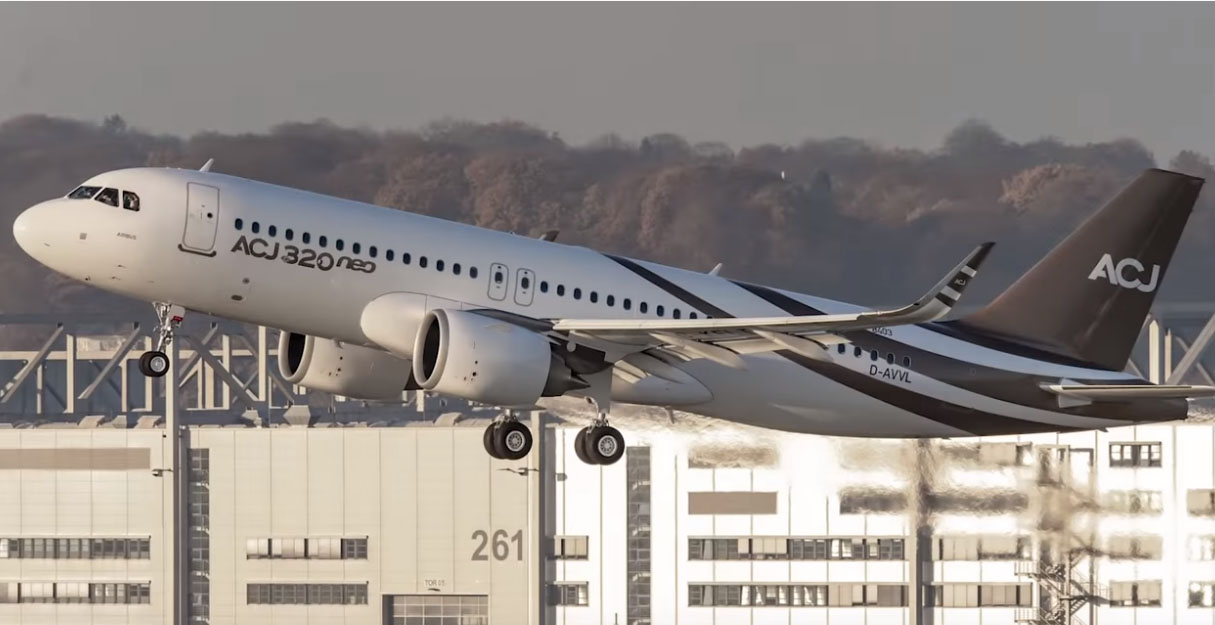 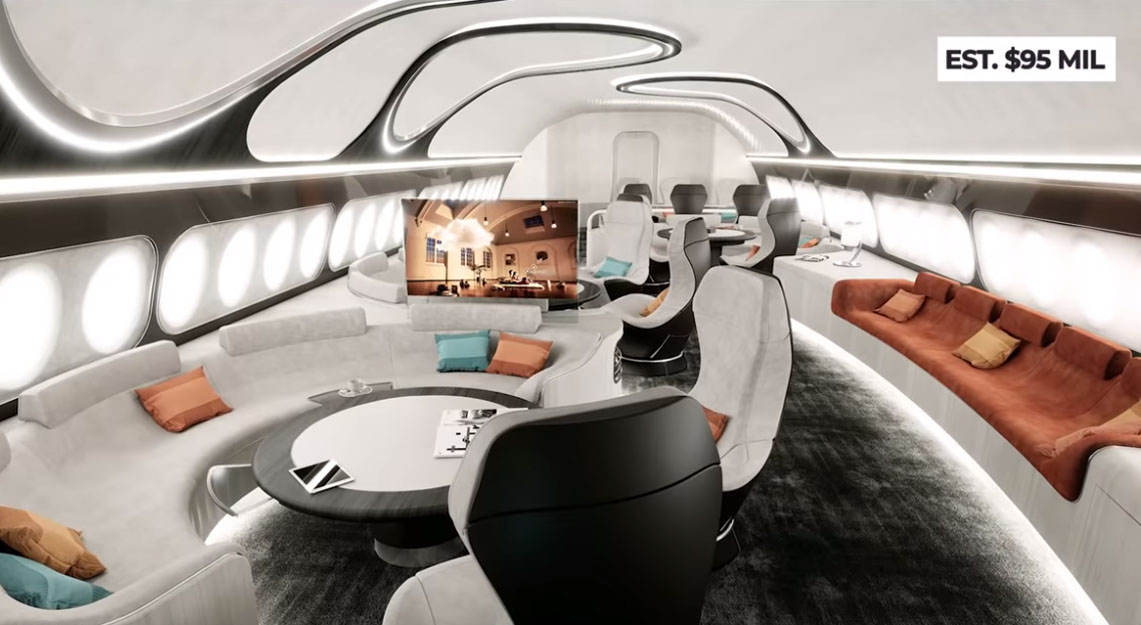 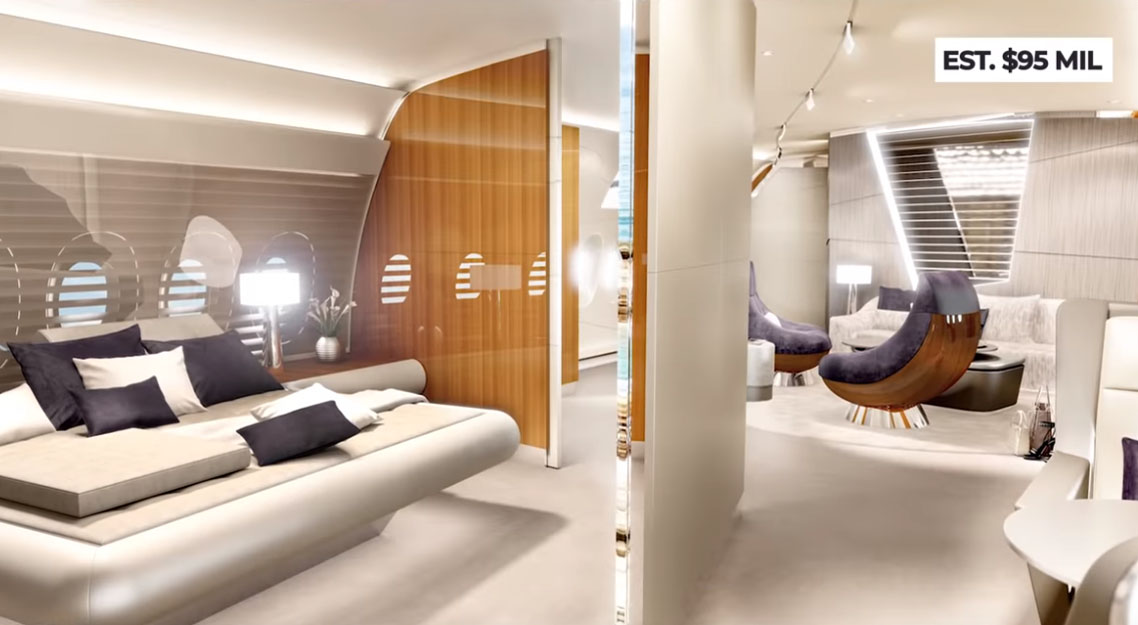 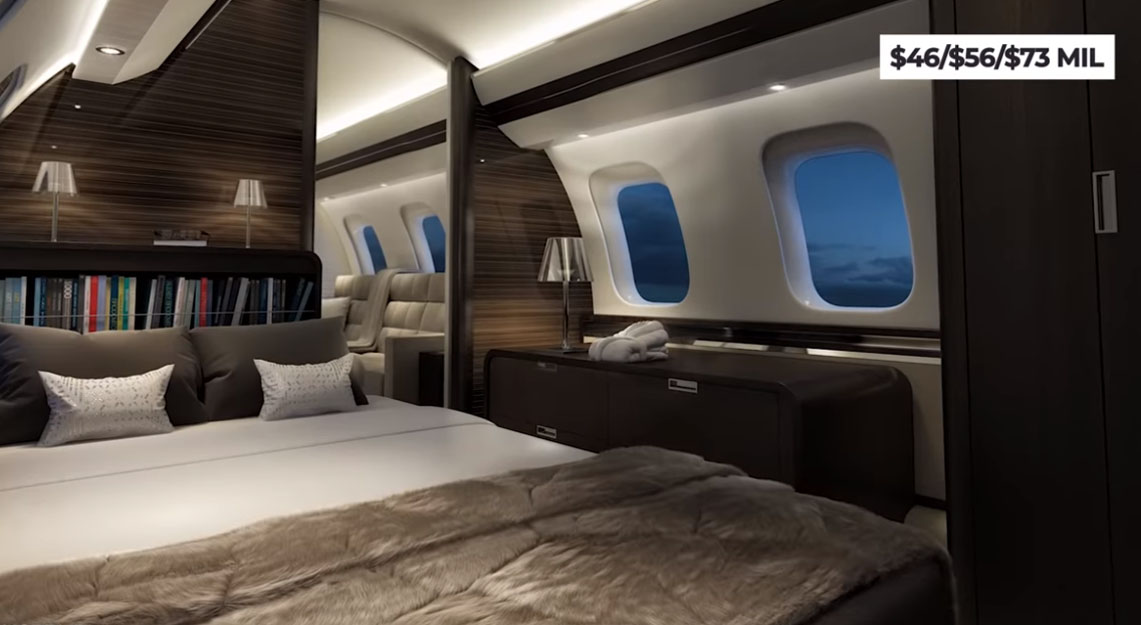 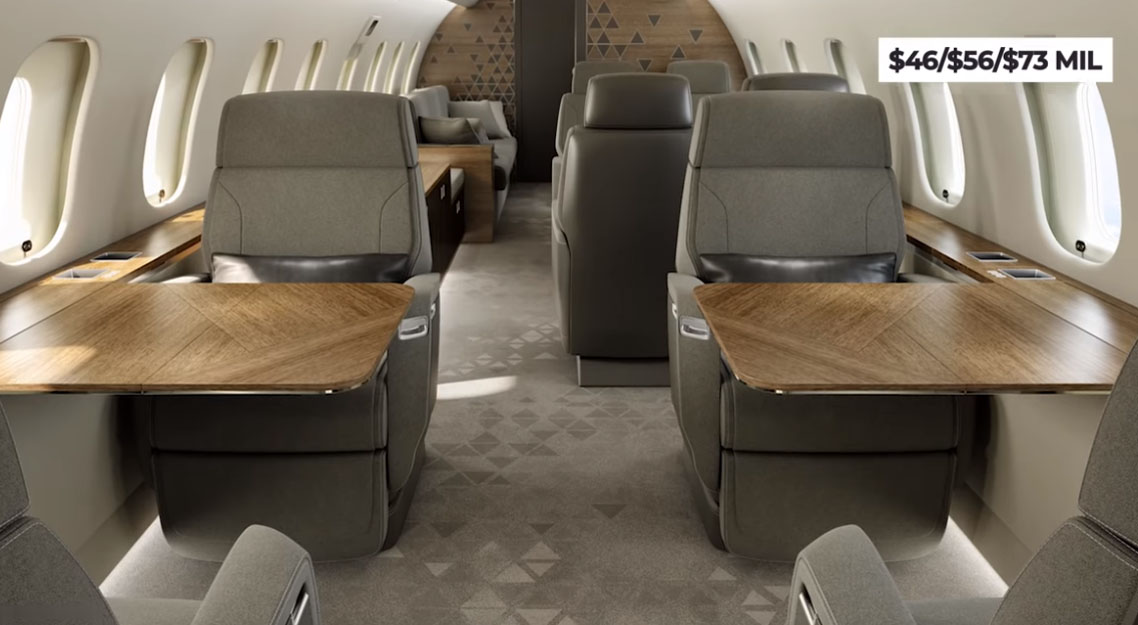 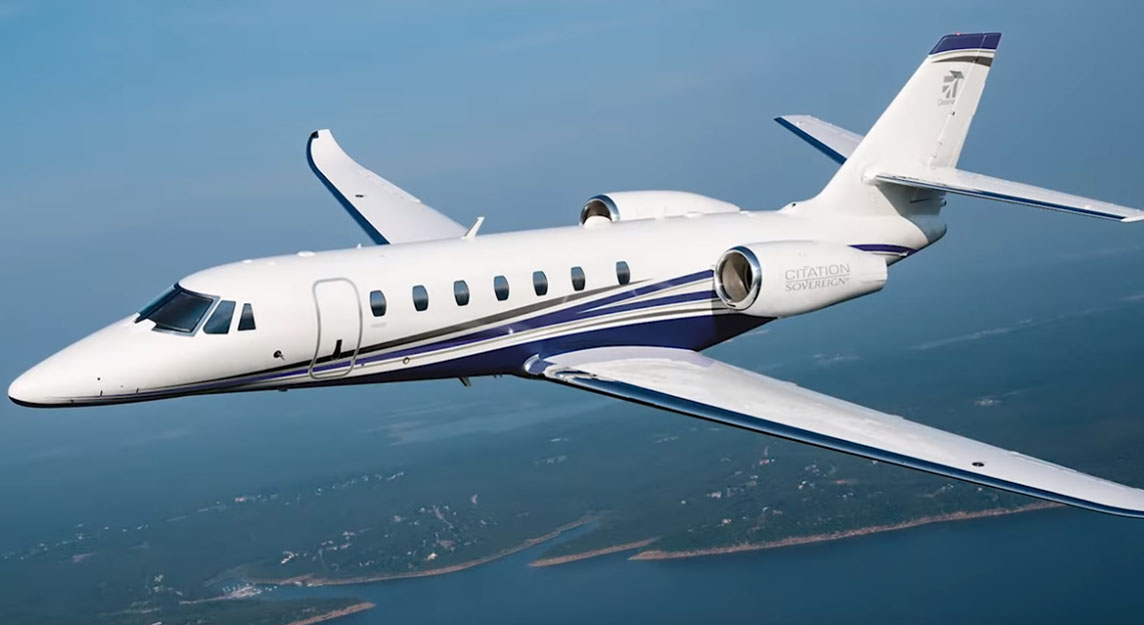 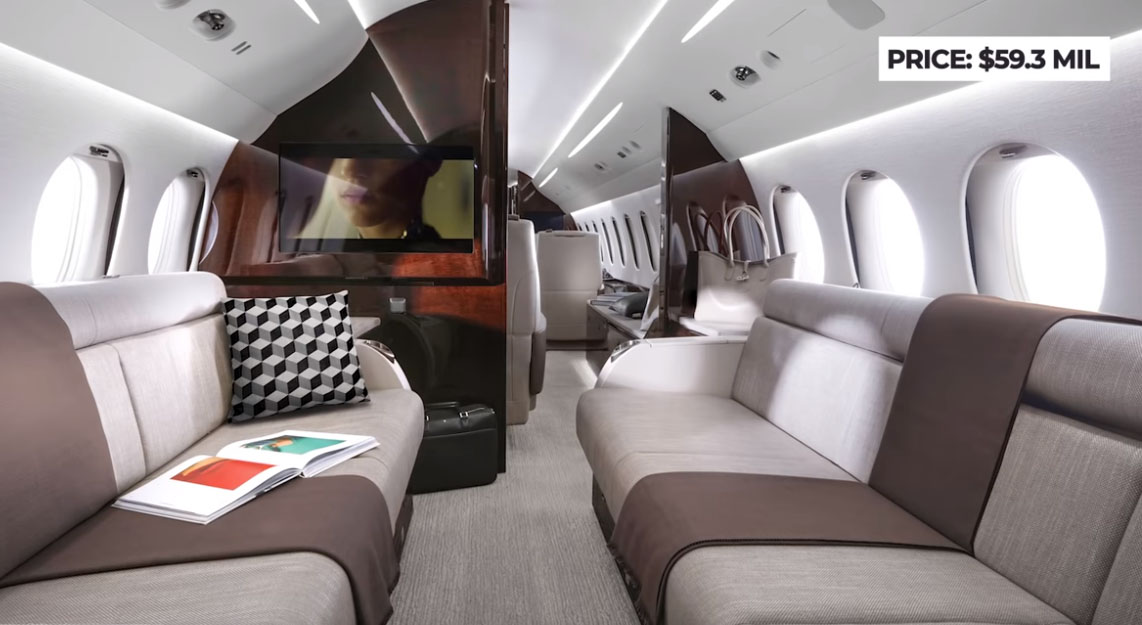 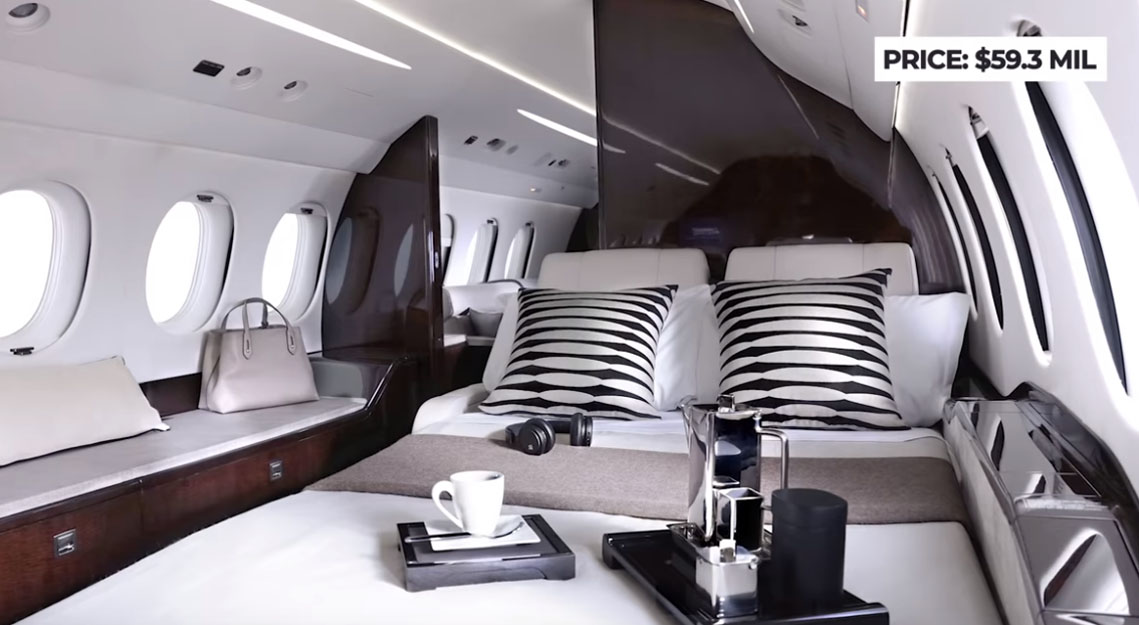 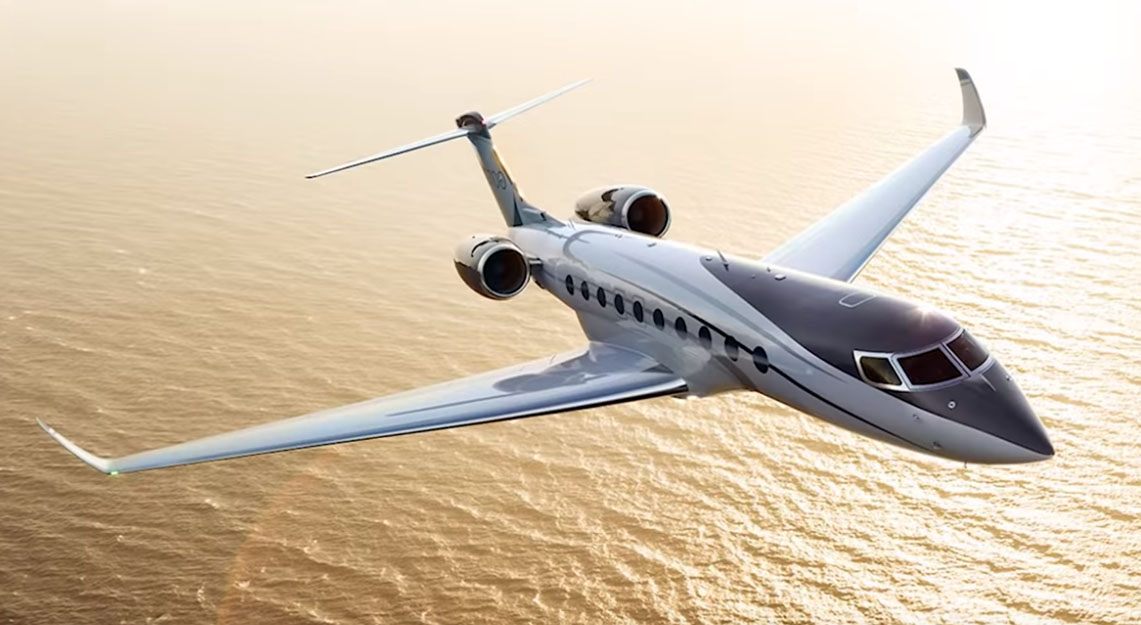 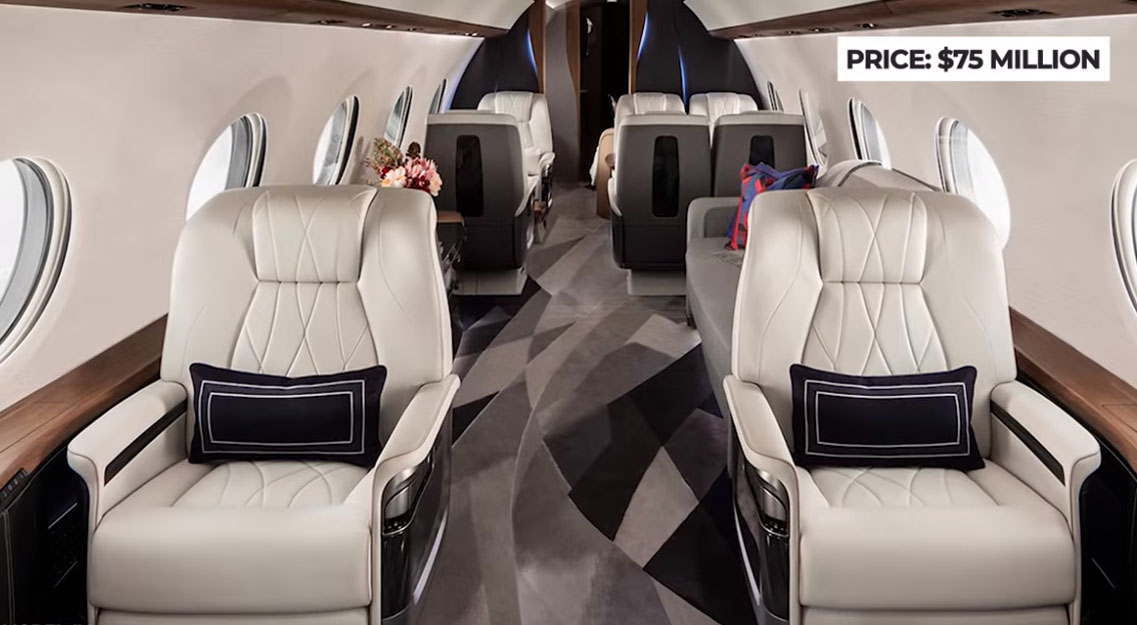 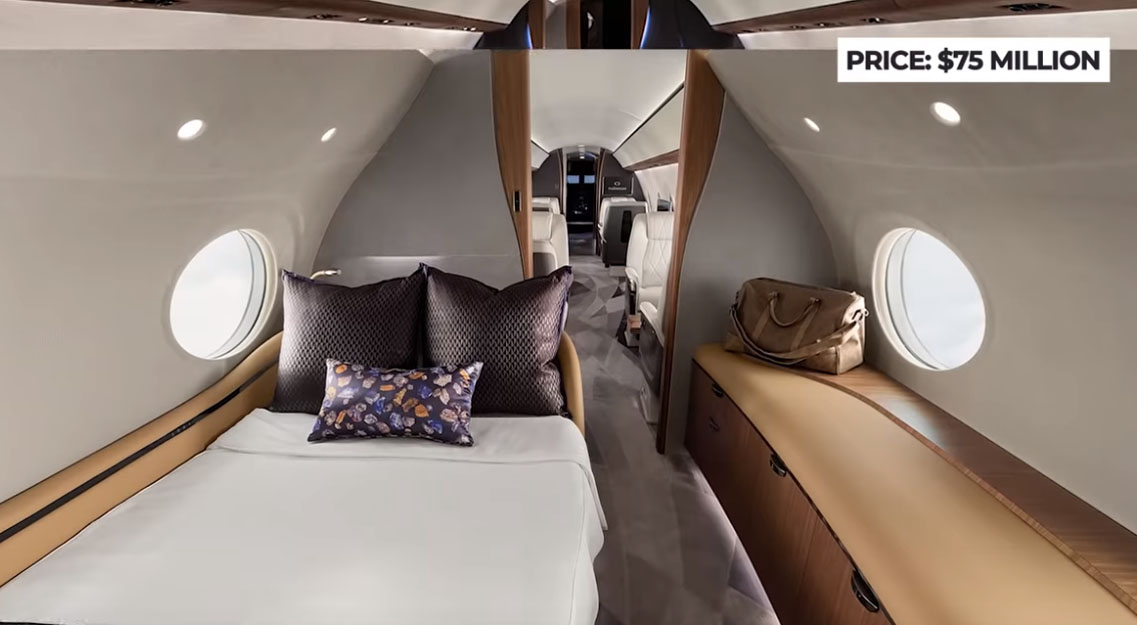